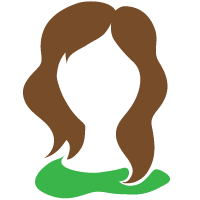 A smelly shower drain isn't a problem you should ignore. Fortunately, the issue is easily fixed once you know the cause.

Most shower drains are equipped with some type of strainer or hair trap that is meant to catch hair so it doesn't clog in the drain. You may need to unscrew and remove the drain cover in order to access the strainer for cleaning. When hair catches on the strainer and collects, it will also become a magnet for soap scum, dirt, and anything else that goes down the drain. As the debris accumulates, it can put off an unpleasant odor. Cleaning the strainer solves the issue.

The drain pipe beneath the shower has a bend in it that vaguely resembles the letter P, so it is usually referred to as the P trap. This design is meant to always hold water, and this water acts as a barrier that prevents sewer gasses from coming up the drain and into your bathroom. An odor of raw sewage or rotten eggs may mean that P trap has gone dry. If you haven't used the shower in a while, the water probably evaporated out, so you just need to run some down the drain. If you regularly use the shower, there may be a leak in the trap that needs fixed.

Mold and biofilm, which is a bacterial mat, grow in moist, dark places such as inside the drain. The result is a musty, unpleasant odor. Pouring boiling water down the drain periodically solves the issue. Another concern is if there is any gap between the drain and the shower pan. If there is, moisture can get between the pan and the flooring, creating a moldy environment. A plumber will need to better seal the drain.

The drain pipe for the shower is also attached to a rooftop vent. This vent is to further help prevent sewer gasses from coming up the drains. A broken vent cap or damage from animals, such as nesting birds, can block the vent opening and render it useless. The result will be sewer smells coming into your bathroom.

A backup in the sewer main can affect all the drains in your home, but shower drains are often affected first because they are floor drains and thus are closest to the main. If addressing the other issues above hasn't solved the smell problem, you will need to have the main inspected and cleared.